No power? No problem…with the InPOWEREDLIGHTS Blue Coral Lamp! Add a chic, beach-like vibe to your home decor with the 150 watt power of this LED light. The beautiful, blue glass, pear-shaped light has even more going for it than just it’s looks, as it in the world’s only lamp with Autolight Emergency Technology. The […]

A hip way to stay hydrated! Taking inspiration from the hip flask, the Hip Bottle has that fun, flattened shape, add to that 6 pretty colors, and you have a super reusable water bottle that fits conveniently in your tote or backpack. It has a BPA-free Tritan body with silicone sleeve, strap, and twist cap and […]

And the winner is… it’s the end of the year, and we’ve just finished counting all of your Facebook likes (and shares) for our 2017 reviews in the Camp category. And the item that came out on top was… drum role please… the expanding caravan, BeauEr 3X. Rounding out the top-3 were the chemical free bug spray, Kite Shield, […]

An unconventional, luxury retreat. Recently opened, The Krane, from the developer that brought the foodie haven, Paper Island, to Copenhagen, is a sleek, four-level complex with a lavish, two-person bedroom, a light-infused, opulent day spa, and a meeting space, called the Glassbox with 360 degree panoramic views. The bedroom is mostly black as a nod to its former […]

Make the last days of summer easy for yourself. An inventive dad and aerospace engineer came up with a clever invention that is designed to facilitate a very important task…scooping ice cream! The Midnight Scoop is a sleek looking, stainless steel ice cream scooper that is ergonomically shaped so that you use the large muscles of your arm […]

Looking for an exclusive, private getaway? The Faralda Crane Hotel in Amsterdam is housed in a converted crane, rising 50 meters high and offers unobstructed (!) views of the cityscape that are ever changing since the crane rotates when the wind blows. Not for the faint of heart! With only 3 luxurious, split level suites complete […]

An innovative jacket from a socially responsible company that designs for humanitarian causes. ADIFF is a new kind of fashion start-up that originally created novel products to meet the needs of refugees: jackets that convert to tents big enough to fit 2-5 people; a jacket that expands to a sleeping bag or large blanket; a reflective jacket […]

It looks like something you might see a Dr. Seuss character riding! Wheelsurf is the first ever motorized monocycle in production. Here’s how it works: you sit inside the wheel while the outer wheel rotates, and in order to turn, you just shift your weight while seated. There is a hand brake, but really the idea […]

An expanding caravan! The BeauEr 3X is a unique caravan that that telescopes out at the push of a button, tripling the interior space in less than 20 seconds. This innovative glamping camper out of France comes with a bedroom with full size mattress, kitchen with sink, mini fridge, and 2 burner stovetop, and bathroom complete […]

Described as the ultimate duffle…an exaggeration? Not at all! Our friends at Keep Pursuing (KP for those in-the-know!) designed a duffle that is truly the pinnacle of duffles. From its sleek shape and weatherproof exterior, it only gets better with an amazing 16 unique storage areas. Some of these functional and handy storage areas include a ventilated […] 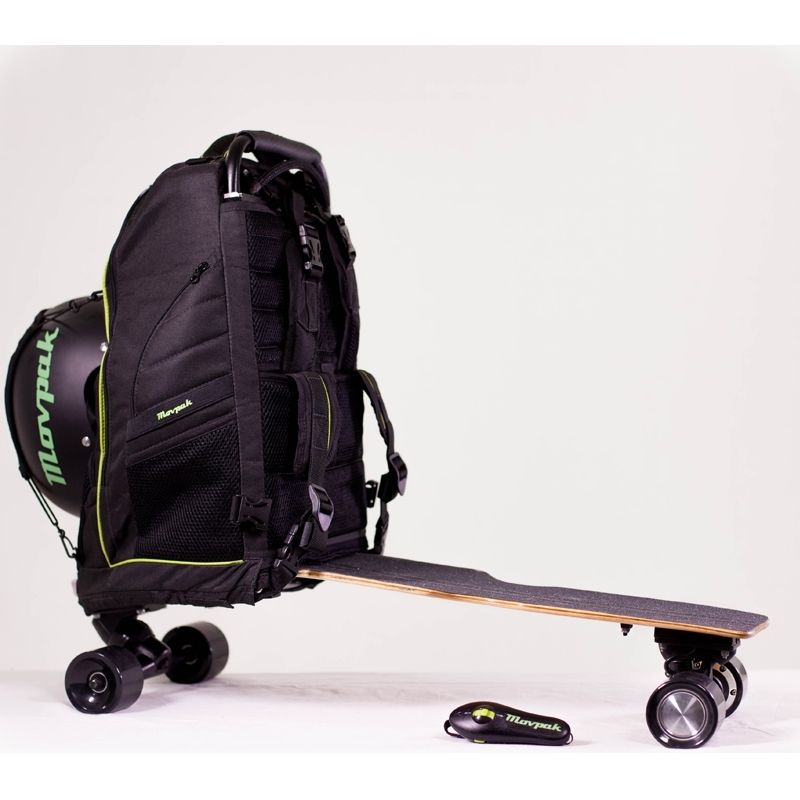 Is it a backpack? Is it an electric skateboard? It’s both! Movpak is a new mode of transportation and backpack all-in-one. Turn your commute into a fun ride as you slide the skateboard out of the backpack, push the remote and travel as fast as 20 miles per hour and as far as 14 miles […]

Clever, clever design! We are thrilled to share the SmartFlare product line with you: LED Combo Light,  SwivelProLED, and SwivelClip. Yes, they are flashlights but not just any ordinary flashlight; they have some cool features that are VERY handy. All are ultra bright, LED lights with multiple modes of lighting, weather resistant, and have innovative, magnetic bases that allow […]

No more searching for a parking space! It’s the WalkCar from the folks at Cocoa Motors out of Tokyo, Japan. It looks a little like a laptop with wheels, and it is touted as the world’s smallest car. Weighing in at only 2.8 kg, this mini “car in your bag” can reach top speeds of […]

No more excuses not to wear a helmet. The Plixi by the Parisian company Overade is a foldable helmet. The design of this helmet is a marvel – check out the video on their website – it folds into itself with various hinges and segments, so that its volume is about a third of the size […]

The smell of fall is in the air! Especially after you wash your hands with the new Pumpkin Clove Gel Handwash from Method. In a collaboration with designer Rebecca Atwood, this luscious-smelling soap presents well in Method’s signature-shaped tear drop bottle that is beautifully painted in a limited-edition collection for fall. This is part of Target’s Made […] 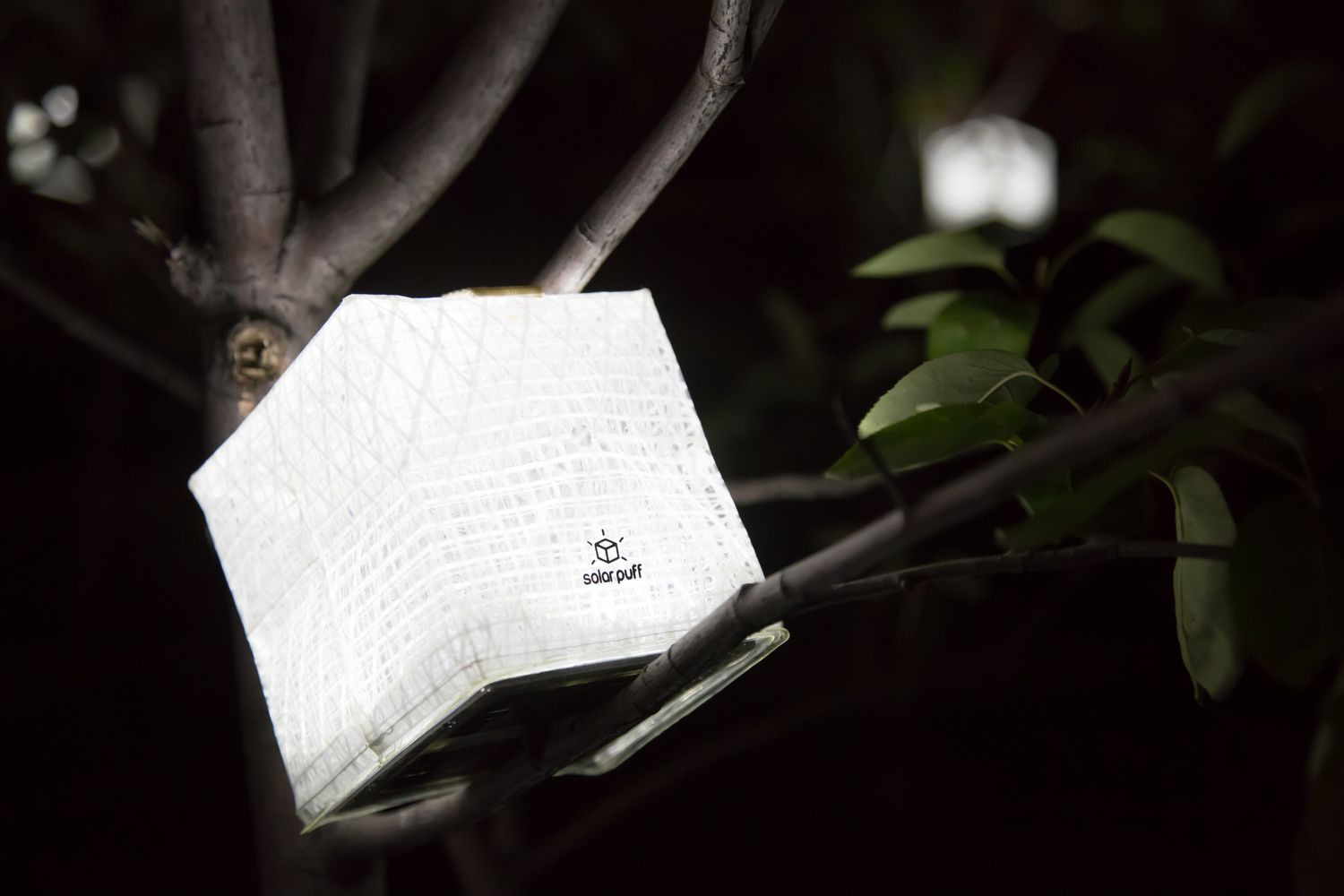 So practical and oh-so cute! SolarPuff from our friends at Solight Design is a portable light source that you can take on all your TrailblazerGirl adventures. It arrives flat, in the shape of a square with triangles attached on two opposite sides; then once you gently pull on the handles, it puffs out to a […]

With a futuristic look right out of a popular science fiction film, the eleMMent palazzo Superior is “the most luxurious mobile home in the world”. High end features fill this 45 foot mansion on wheels including a king size bed, manufactured by the same company that supplies beds to the British royal family; a 16 […]

With the look of an oversized Swiss Army Knife-like multitool, the URB-E Black Label is a cool, new portable electric vehicle. Weighing in at 35 pounds, this head-turning ride can reach a top speed of 15 mph with a range of 20 miles and is fully charged in only 4 hours. The patented folding design […]

Bike on the water?! Yes, with the Schiller S1! This innovative bike/boat is very portable and modular with a quick assembly in under 10 minutes. The bike portion has pedals that move a specially optimized propeller that allows you to reach speeds of about 6+ knots per hour (7+ mph). It features handlebars that controlled […]

It’s not a hoverboard, it’s the “next step in the evolution of personal transportation”. The soon-to-be-released miniPRO by Segway is a new kind of scooter. Designed out of aluminum alloy, carbon fiber, magnesium alloy, and titanium alloy, this lightweight (28 pounds), two-wheeler is a fun mode of transport. Fully charged in 4 hours, it can […]

Summer’s approaching, and that means camping! Do it in style and comfort with the Barefoot Caravan from our friends in the UK. Designed and hand built out of fiberglass, it will sleep 2 comfortably and 3 in a pinch. This compact space has all the essentials and then some: L-shaped seating that converts to a […] 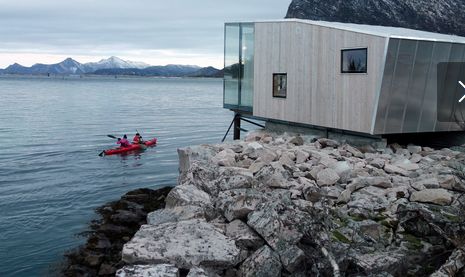 A getaway on the edge of it all. Manshausen is a unique hotel comprised of collection of buildings on an island off the coast of Northern Norway. Set on 55 acres, there are 4 seacabins that have dramatic floor-to-ceiling windows that extend over the water, while the main house accommodates the kitchen, dining area, and […]

Let there be light! Field of Light is an illuminated installation near the famed Uluru in the Australian Outback from artist Bruce Munro. Comprised of 50,000 frosted glass spheres on stems that shimmer and pulse in various colors covering an area equal to four football fields, this solar-powered art installation opened at the beginning of […]

Fly like a bird…or more accurately, ride like a bird! The Bird of Prey is an unparalleled cycle in design and comfort. Rather than sitting upright, you are in a semi-prone position and that allows for several advantages. It’s more aerodynamic, making it the world’s fasted bicycle. You have a low center of gravity which […]